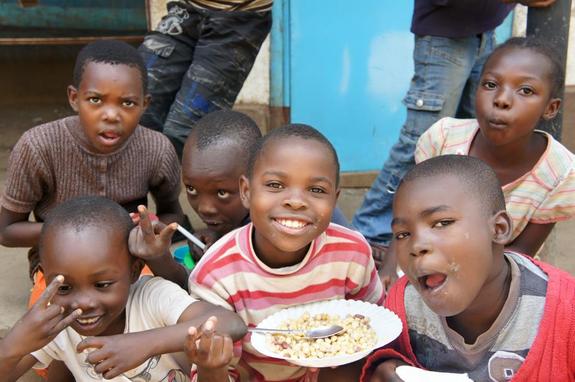 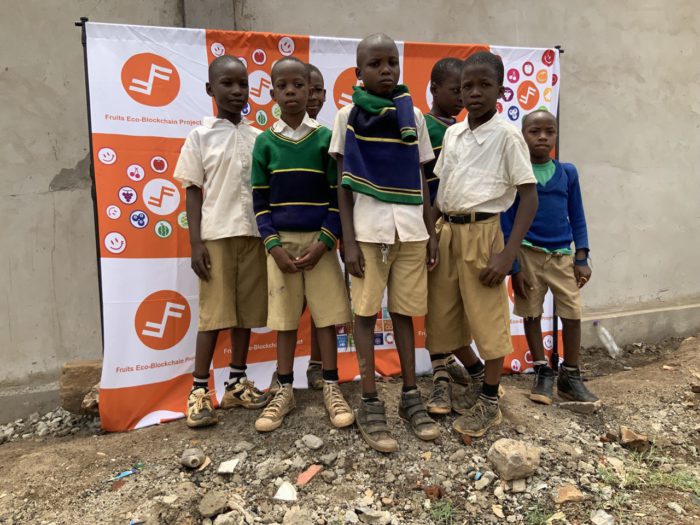 The SDGs we aim to achieve

Tanzania is an East African country known for its vast wilderness and has a population of approximately 61.5 million people.
Tanzania has two major problems.
The first is the lack of organized infrastructure to connect water supply and other lifelines, so people use surface water drawn from rivers and ponds without any water purification treatment for cooking, washing clothes, and all other aspects of life, and they live using unsanitary water, making the water environment very poor.
Second, the medical infrastructure in general, and obstetrics and gynecology in particular, is not well developed, resulting in a very high infant mortality rate.
Regarding the first, the water environment.
People living in urban areas in Tanzania have access to public water facilities and can use water at home and purchase safe water at stores. However, for poor families living in urban areas, the water available for sale is too expensive to purchase. In rural areas far from urban areas, there are situations where water is not physically available. Those who do not have access to water physically go to distant wells, which can take up to two hours each way, or they fetch water from nearby ponds or lakes. Because this water is not disinfected, filtered, or sterilized, it can make people who drink it sick and affect their health.
The use of unsanitary water can cause a variety of health problems. Not only do people suffer from disabilities such as blindness, but some even lose their lives due to contaminated water.
And when diseases spread, the first victims are young children, who have weak resistance.
(Source: Japan Committee for UNICEF, “UNICEF’s Major Activities: Water and Sanitation, Safe Water”)
(Source: Japan Committee for UNICEF, “We have no choice but to drink this water no matter how dirty it is”)
(Source: Japan Committee for UNICEF, “Water and Sanitation Progress and Gaps 2.2 billion people, 4.2 billion people without access to safely controlled drinking water, 4.2 billion people without access to safely controlled sanitation facilities (toilets) UNICEF and WHO joint audit report released”,2019)
(Source: WaterAid Japan, “2018 Annual Report”,2019) 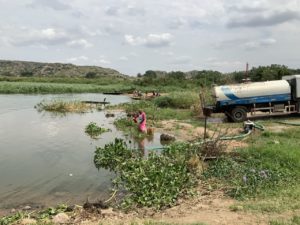 Impact on children as well as health

The problem of lack of immediate access to clean water not only negatively affects people’s health.
Due to the lack of running water, rural Tanzanians must walk for more than an hour each way carrying heavy containers of water to obtain the water they need to live. This work is also considered a job for women and children in most Tanzanian households.
Because of this, many hours of the day must be spent fetching water, and many children are unable to attend school.
Without access to education, they cannot break the cycle of poverty. The situation of not being able to get water near their homes is a situation that is not only a threat to the children of Tanzania, but also to the children of Tanzania.
Tanzanian children are deprived of a precious opportunity to study.
If clean water were available close to home, children could attend school and have the means to generate their own income through education. When the water environment is improved, life in poor communities will improve greatly.
(Source: WaterAid Japan, “New Report on Global Water and Sanitation,” 2017)
(Source: Japan Committee for UNICEF, “We have no choice but to drink this water no matter how dirty it is”)
(Source:Japan Committee for UNICEF, “World Water Week (Aug. 28-Sept. 2) 200 million hours of time and opportunity lost by women and girls every day to fetch water, UNICEF says”,2016)

The second problem in Tanzania is the very high infant mortality rate due to the lack of medical infrastructure in general and obstetric and gynecological technology in particular.
In Tanzania, the lack of obstetric and gynecological technology and the lack of obstetric and gynecological hospitals nearby causes pregnant women to give birth at home and not be accompanied by a midwife, long distances to hospitals, lack of ambulances, repeated births that do not leave years for the pregnant women themselves, as well as the lack of manpower and medical technology, resulting in a deadly birth The situation has become a situation where most maternal deaths and disabilities occur during childbirth.
Most maternal deaths and disabilities occur when one or more of the following two delays occur
(1) Delay in detecting complications.
(2) Delay in reaching a medical facility
(3) Delay in receiving quality care

(1) Delay in discovering complications
The first, pregnant women often suffer from complications associated with childbirth, such as intrauterine fetal growth retardation, intrauterine fetal death, and maternal gestational hypertension, after the mid-term of pregnancy during childbirth.
However, due to the lack of obstetric and gynecological technology in Tanzania, pregnant women do not have regular checkups and the detection of complications is often delayed, resulting in many cases where lives are not saved. In solving these problems, it is imperative to establish infrastructure such as regular obstetric and gynecological examinations.
(2) Delays in reaching medical facilities.
The second problem, maternal mortality and disability, is the delay in reaching a medical facility at the time of delivery. The probability of maternal death is greatly increased when the birth takes place at home or in an unsuitable environment for proper childbirth, such as unsanitary conditions. Thus, a great number of expectant and nursing mothers lose their lives due to the lack of a proper birth environment.
(iii) Delay in receiving quality care.
Expectant and nursing mothers need good quality care, including nutritious food and a hygienic medical environment, not only during the early stages of pregnancy, but also immediately before and after childbirth. However, in Tanzania, the lack of obstetricians and gynecologists and the lack of hygienic water make it difficult for expectant and nursing mothers to have a safe and secure delivery. In many cases, delivery in this unsanitary environment results in both mother and child contracting infectious diseases and other problems that can kill the mother and child.

To solve these problems!
Fruits is a charity that addresses the problems of the water environment in Tanzania and the high infant mortality rate due to the lack of obstetric and gynecological technology in the country.
1) To solve the problem of water environment in Tanzania
Drilling of wells and donation of water storage cars
Fruits will provide sanitary water to the people in Tanzania by drilling wells and donating water storage vehicles in rural and regional areas of Tanzania to solve the water environment problem.
Cost to create one well: $2,000
Price of a water storage car: $5,000
With the drilling of this well and the donation of the water storage car, people will have access to safe water nearby and will no longer have to fetch water, no one will get sick from unsanitary water, and children will be able to go to school. Their future will be greatly enhanced by the education they will receive.

FRUITS will continue to expand its efforts to directly support children in Tanzania.

There are no reviews yet.

Q: Where will my donation go?

A:The money you donate will be donated to a Fruits SDGs Station in Tanzania.

Q:How will my donation increase the amount of Fruits Wallets in Tanzania?

A:We support local children and their families to become financially independent by donating money and providing them with an educational and sports environment.

Q: Do they have smartphones?

A:Studies show that around 22% of the world are unbanked, which is about 1.7 billion people. Within that group, it is said that around 2/3 of that population actually owns a smartphone, meaning around 1.1 billion unbanked people have smartphones!

Fruits SDGs Station aims to solve SDGs all over the
world! Contribute now and become a member of Fruits!